Hi Everyone. DEAF, Inc. staff had training on the office safety guidelines last week. DEAF, Inc. wants to ensure a safe and healthy environment for everyone. Reopening will proceed slowly and safely. Please note that DEAF, Inc. reopening phases are subject to change. Public health data trends indicating significant increases in viral transmission, and/or increased absence of DEAF, Inc. staff could result in fewer open days or closing the agency that week.

DEAF, Inc.’s Phase 3 will not begin. We will stay in Phase 2. This means all DEAF, Inc. offices throughout eastern Massachusetts will remain open two days a week by appointment only. Phase 2 will continue through December 2020. DEAF, Inc. wants to ensure a safe and healthy environment for everyone. We are still available to provide both remote and in-person services.

Please be aware that DEAF, Inc. will be closed Monday, January 18th in honor of Martin Luther King Jr. Day.

We will have a Presidential Inauguration Day on Wednesday, January 20th, 2021 in Washington, DC. Biden and Harris will take an oath and be sworn in as our official president and vice-president of the US. Biden will be the oldest president elected to office at 78 years old and 2 months. Harris is the first black and South Asian (Indian) woman to be elected as Vice President.

The FBI is warning of plans for armed protests at all 50 state capitals and in Washington, D.C. this week through President-elect Joe Biden’s inauguration after last week’s deadly siege at the U.S. Capitol and is urging Americans to avoid the city during Biden's inauguration on January 20th and to participate virtually.

In the first phase of the current three-phase vaccine rollout in Massachusetts, officials are prioritizing (in this order) frontline health care workers; nursing homes and other long-term care facilities; first responders; congregate care settings, such as homeless shelters and prisons; and other health care workers who are not treating COVID-19 patients.

Governor Baker said so far over 470,000 doses of the coronavirus vaccine have been distributed to providers in Massachusetts. The Department of Public Health released its weekly vaccine dashboard Thursday, which showed that 210,000 people in the Bay State have received their first vaccine shot and that another 32,000 have received both shots.

[No Transcript Available. Video is captioned] The Taunton and New Bedford offices have moved in together at a new location. Please watch the video to learn more information.

Learn more about our community and services we offer!

Take me to Services 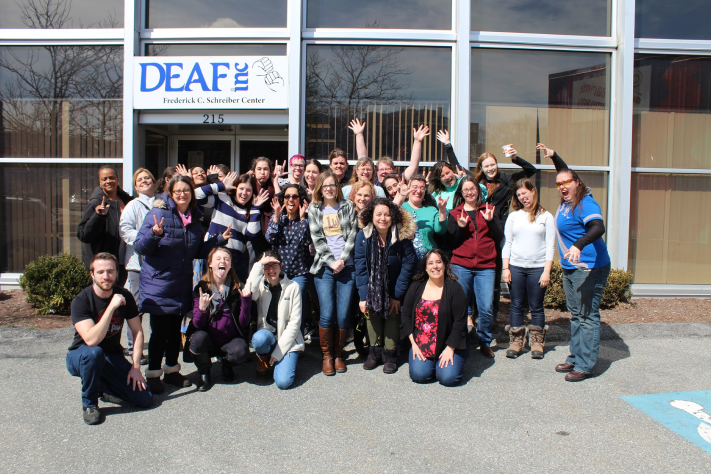 Our Thanks to Sponsors